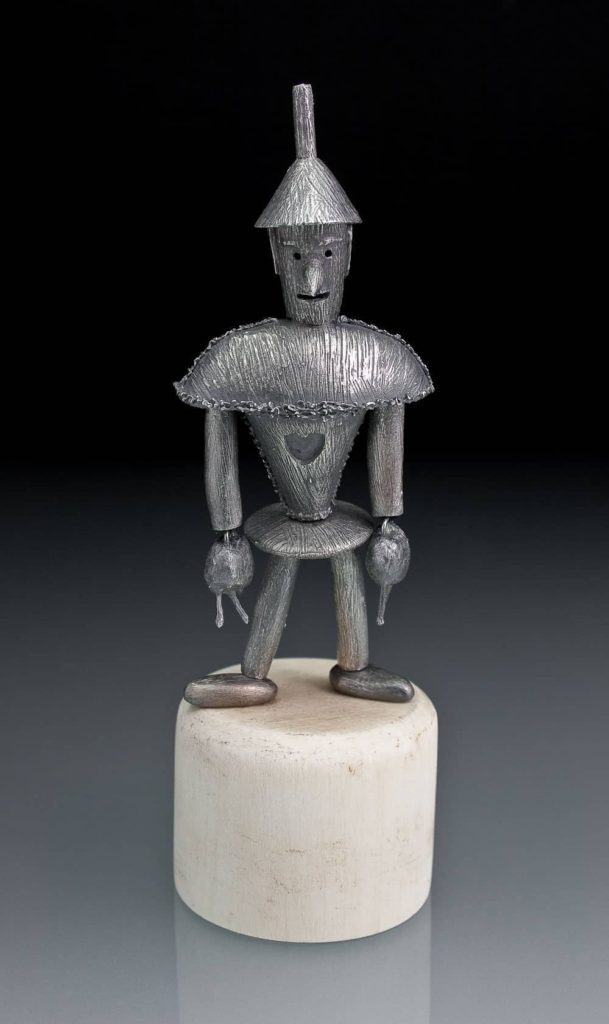 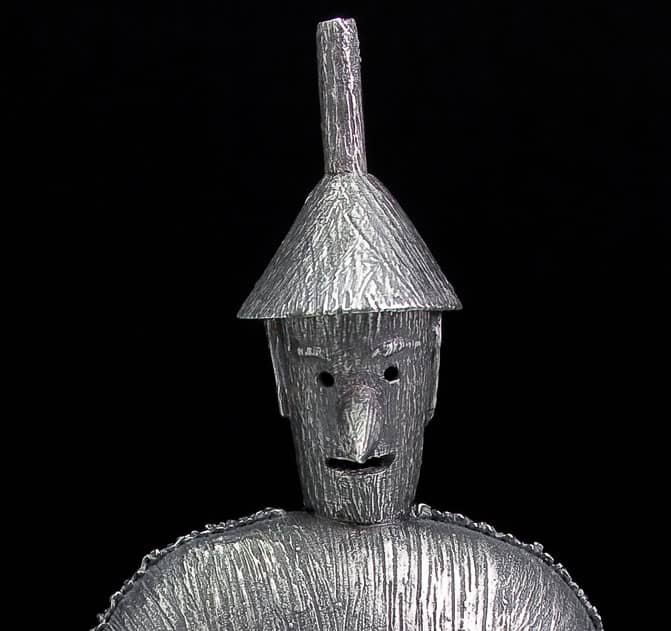 It took me ages to decide on what to make for this project. Lots of ideas were floating around and I really wanted to get away from an interchangeable piece of jewellery and do something different. I kept coming back to the children’s toy idea – the jack in the box in the description. I was driving home from work one day – and it was a long drive for me so lots of time to think – and I remembered a toy from my childhood, something I had when I was very young. It was some kind of four legged animal – maybe a donkey although I remember it having a very long neck so maybe it was a giraffe! Anyway, it was made of wood and stood up until you pushed up a button underneath its plinth when it would collapse, then spring back up when you released the button. It gave me hours of fun as a child so I began to think about what I could make in metal clay with a mechanism like this.

I bought several of these toys – they are still made in wood from traditional toy makers – and took one apart to see how it worked. I tried to think of something that was metal – not an animal – to make the collapsing toy part. One of the toys I bought to experiment with was a knight in armor and that was my first thought – then I suddenly remembered the tin man from The Wizard of Oz. I really loved his upside-down funnel hat and that decided me on the design.

I made all the elements and assembled them when the pieces were dry to see if it would work. My original design had feet, calves, knees, thighs, pelvis, body, upper arms, elbows, lower arms, hands, head and hat. Once assembled though, the extra elements in the legs wouldn’t support his weight so I took out the knees and calves and just gave him one element from the pelvis to the foot. This of course made his arms too long so I took out the elbow and extra element and he stood up fine. His face was the most fun to make, he has a sharp pointy nose and holes for eyes and a mouth. I think it’s the eyebrows that give him character though. And of course, he has a hole where his heart should be!

The arms swing free – they’re attached to fine silver rings under the shoulders by thread. The arms and legs are hollow so the string from the mechanism underneath can pass up through him. It’s held taut by the spring in the base and when you push the base up, he collapses. He needs some help to stand back up again!

After firing and adding patina, I assembled him and he worked perfectly – I was so pleased with him!

10 out of 10, full marks – hooray! It was very gratifying to get good marks and generally good comments….

“Fun, functional, whimsical and challenging. This is what this project is all about! I found it funny that it can’t get up…”I fell down and can’t get up…”” Great! They did have to have one negative though – “I might have sealed or stained the wood.” Oh well! I rather liked the rough wood plinth, I thought it went well with the tin man.

Make a piece with at least three moving or interchangeable components. This does not refer to piece like chain links or beads on a wire, but elements whose movement is integral to the object. Examples would include a wagon with working wheels, a Jack-in-the-Box, a pendant with interchangeable elements, etc.

Click here to go to the next Level 4 Project