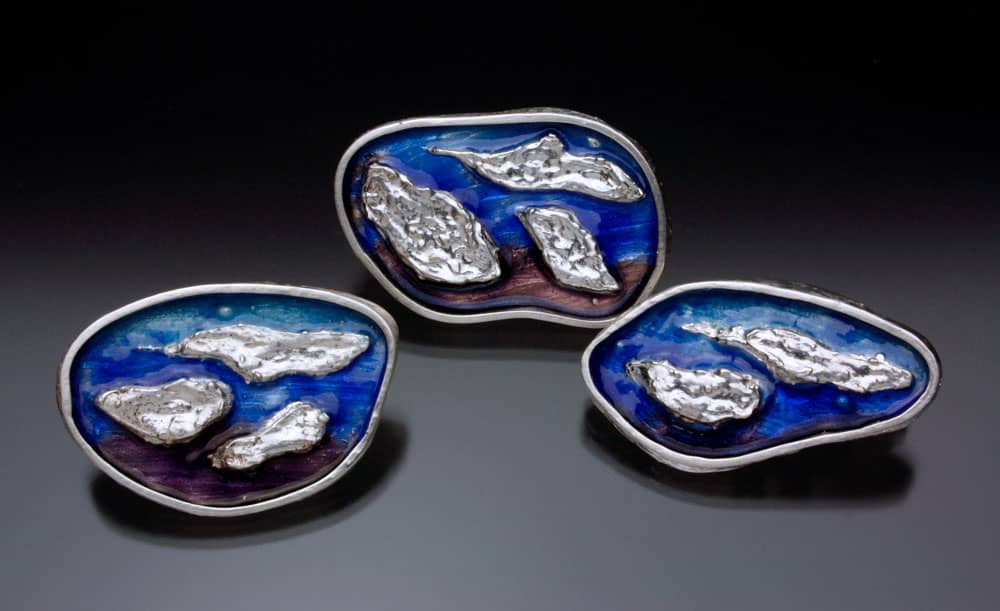 This technique was completely new to me. I read the chapter about it in the PMC Technic book which gives a very good overview of how to do it. This project calls for three related pieces which use a stencil from pierced brass. I pierced the brass sheet with a random pattern which look a bit like clouds. My first attempt was three brooches.

They were made from flat sheets of clay that I applied the stencil process to. I had fun squeezing thick slip through the stencil and it took several goes to get a clean pattern on the surface. Once they were dry I cut the brooch shapes out and put little ‘walls’ round the edge of each brooch so the pieces are quite deep. Brooch findings were attached to the backs and they were fired. I decided to add blue and purple enamel behind the raised stencil patterns to accentuate the cloud element. I was very pleased with them but the assessors weren’t!

6.5 is not enough so I was asked to resubmit this project. The comments were not terribly helpful. “These pieces do not exploit the technique, which should create an effect that cannot be easily achieved in any other way. These pieces could be made (perhaps more easily) by modeling or with syringe.”

They were also not impressed with my interpretation of the three related pieces. “The idea of a set of three is to create unique objects that are related but not almost identical.” Whoops! 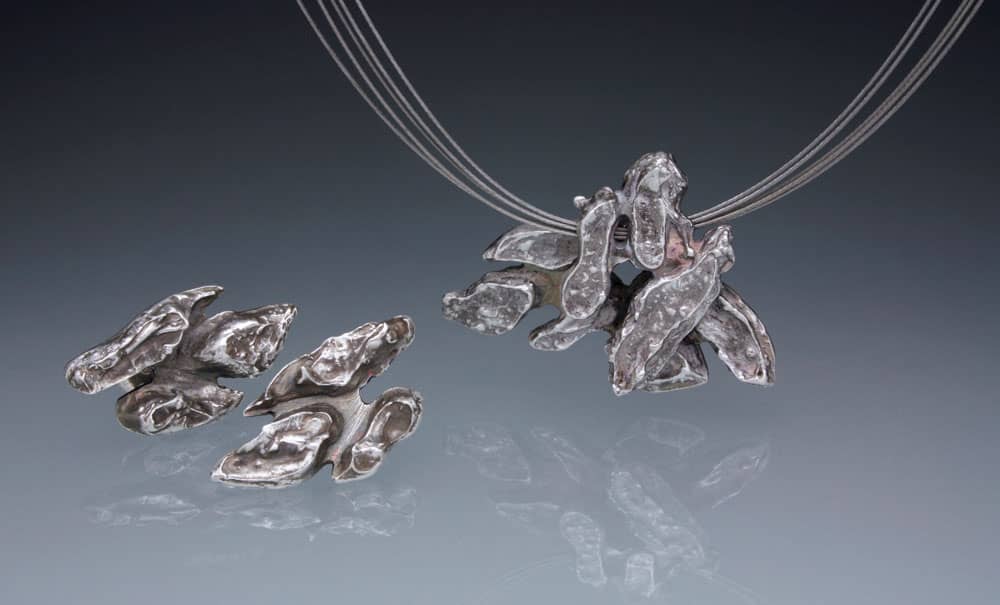 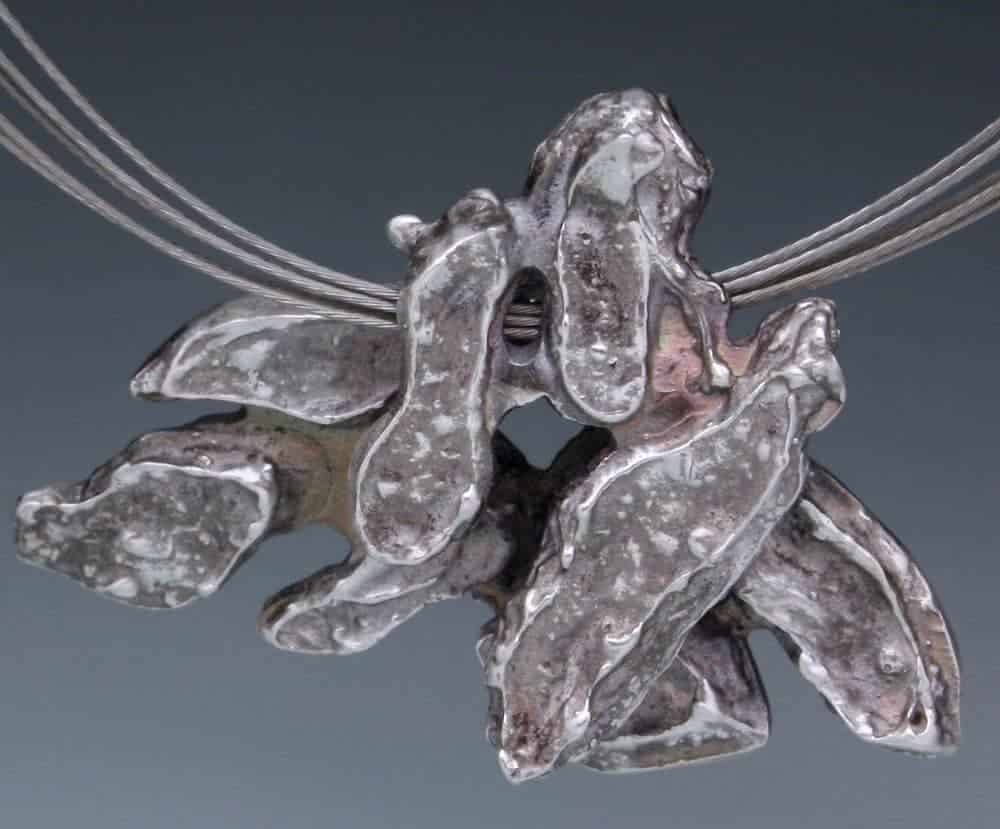 My second attempt at this was a bit more adventurous. Using the same stencil, I created pieces by squeezing thick slip through the stencil onto thin, flat slabs, then when they were dry, filing away most of the back to just have the raised stencil elements. Two of them had earring posts soldered onto the back once fired. The pendant was created from several elements joined together with metal clay tubes to create a three dimensional pendant. Rather than stick a bail on the back, I created the pendant so that the wire could be strung through it. A Liver of Sulphur patina was added and then they were polished. I was very happy with the final result but it still just scraped through.

So just 7 out of 10. I was very disappointed that the same stencil, which got full marks in the first submission, only got 0.5 out of 2 for the second submission. The comments explained why the stencil scored so low, “The stencil is well cut but the five openings and intervals are too uniform to make an interesting pattern. Since the pieces flow from this beginning, it is important that the stencil be well designed.” I wonder why this wasn’t pointed out the first time around? When the stencil got full marks first time round but what I did with it was not up to scratch, I assumed that bit was OK and just addressed the rest. It was very disappointing to then have the stencil marked down.

I was very pleased that the bail solution was mentioned, “I like the way the technique led you to an interesting bail solution for the pendant.” This one passed but I was quite disappointed that it didn’t score higher, I really like the set.​

Make an original stencil by piercing sheet brass, then use this with thick slip to create three related but unique pieces. This can be a set, for instance a pendant and earrings, or three pieces in sequence such as a collection of brooches, handles on three pieces of flatware, or salt, pepper, and condiment vessel. The process squeezes slip through a stencil to create surface pattern.