A8 Nesting Rings with Gem 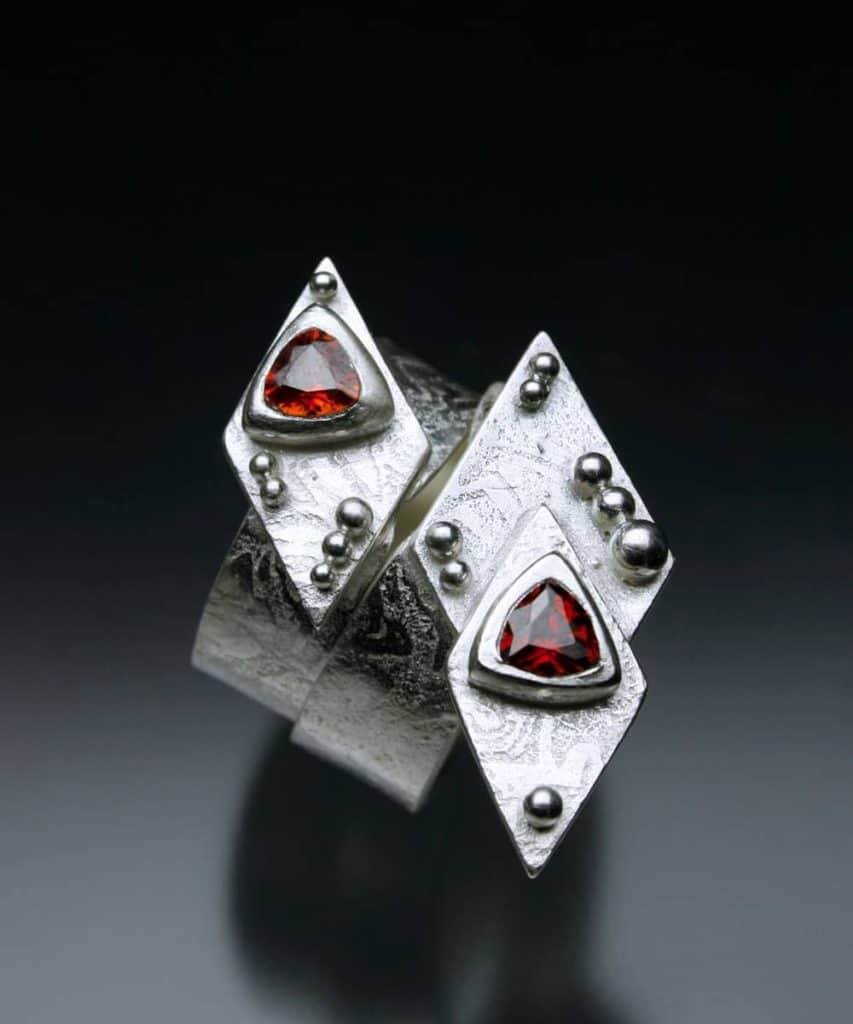 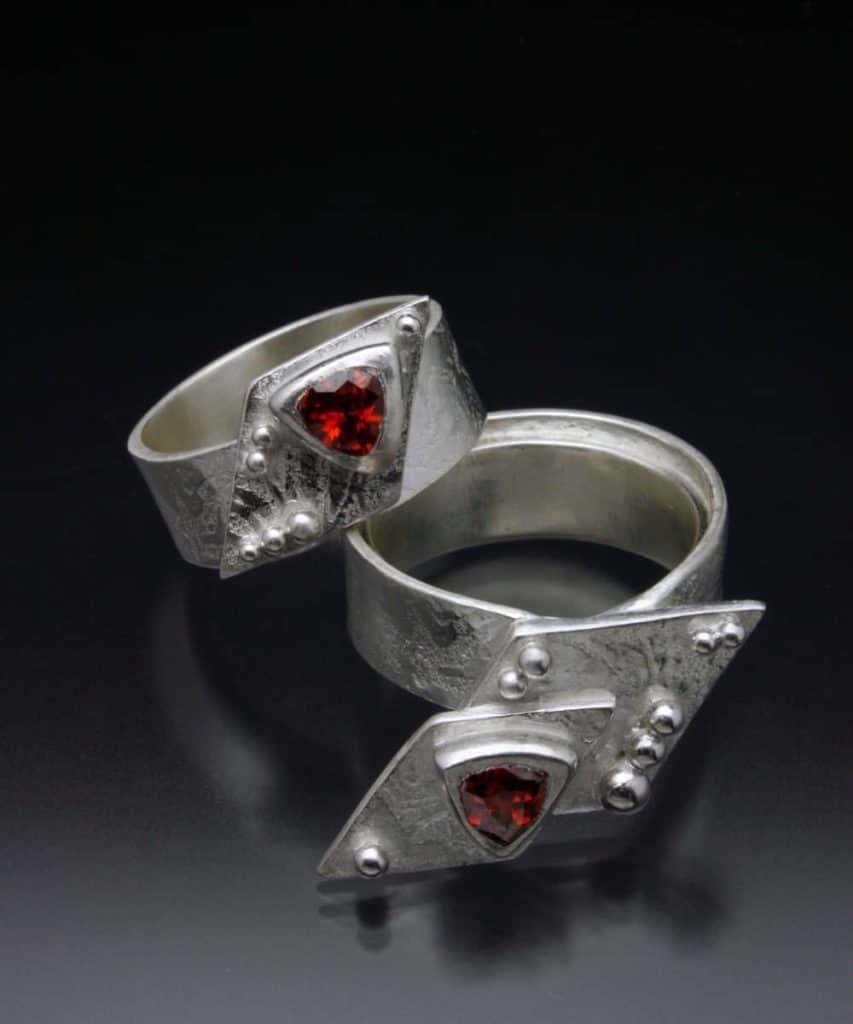 This is the project that has given me the most problems of the lot so far from the perspective of pre-work before sending something in. I made five sets of nesting rings – badly! – before getting this set that I liked and that seemed to work. My experiments were all based on two ‘halves’ that fit together with a wavy line of some kind. First I tried making the pieces separately and then fitting them together. This was a disaster and I seemed to have gaps between the halves which made it look bad. I then tried making an extra wide ring and cutting it down the middle. I did this both in the dry stage and in the fired stage. Neither seemed to get a really good fit.

Then I experimented with rings that fit into each other. I made two ring bands the same, then put them side by side and on one of them, put an overlay piece of wet clay so it overlapped the edge by a tiny amount. This rested on the other ring band. Once dry these two rings actually fit together, one slotted inside the other. I then added the top panels with the gems and some small silver balls. I was pleased with the result and it scored in the mid range.

​I was pleased with 8 out of 10 and very glad to see the back of this project, I really didn’t enjoy making it. The comments were mixed. “It took me a few tries to find how they nested. I think two identical stones could have been set the same. It took me several tries but when I finally got it, I loved it! They actually lock together in a friction fit. The design of the settings and ring tops is not as convincing as that of the shanks but overall, a good job!!” This praise was nice and quite unusual for the assessors! Still, I would have been better setting the stones directly into the ring shanks rather than putting the top on and this was a useful lesson for me.

​A8 Nesting Rings with Gem

Pair of rings that fit together and feature a stone (fired in place or set after firing). These two rings must fit neatly together, both functionally and aesthetically. At least one should include a gem, though both rings can use stones, or one ring can contain more than a single stone. The piece can be made in either silver or gold, and contain any sort of embellishment (including Aura 22 or other gold embellishment).